Jerry Lewis’ birthday is March 16th and we are reminded of when history was made in 1976. Dean Martin and Jerry Lewis finally made peace. Frank Sinatra brought them together on the Jerry Lewis’ 1976 Labor Day MDA Telethon at the Sahara in Vegas; it was almost exactly twenty years to the day since their split in 1956. The event made headlines all over the world but it was not news to us and the rest of Dean Martin’s Golddiggers. You see, weeks before we saw the rekindling of their relationship unfold at the MGM.

Excerpt from “BEYOND OUR WILDEST DREAMS”

“Maria Lauren Alberici-Riccio (Golddigger, 1973 – 1991): Before the telethon reunion, Dean let us in on the private messages and jokes written with our lipstick that he had been leaving for Jerry Lewis via his dressing room mirror. Jerry played the MGM Grand and had left Dean some razzing but good humored remarks on the mirror prior to our engagement. Dean was like a little boy bragging about it to us, ‘Look at what I wrote to Jerry; look what ‘Crazy’ wrote to me. I answered him real good…’ He was so cute!” 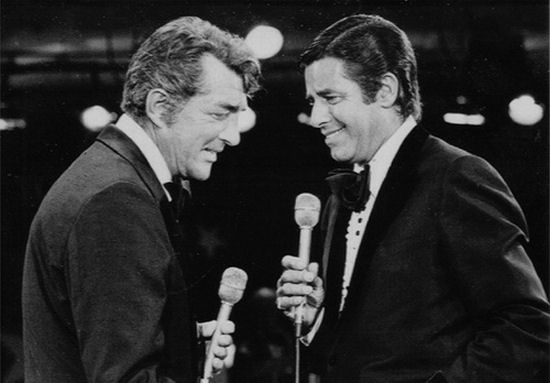 “Linda Alberici Eichberg (Golddigger, 1973 – 1989): When I congratulated Dean on making up with Jerry he blushed and said, ‘Aw, Frank’s idea, he wouldn’t leave me alone about it.’ I asked him, ‘Are you going to stay in touch?’ He only shrugged his shoulders as if to say, ‘Who knows?’ In any case, the world had been waiting for this moment for two decades and the press had a field day. And the Telethon took in boat loads of money because of Dean’s surprise visit…” 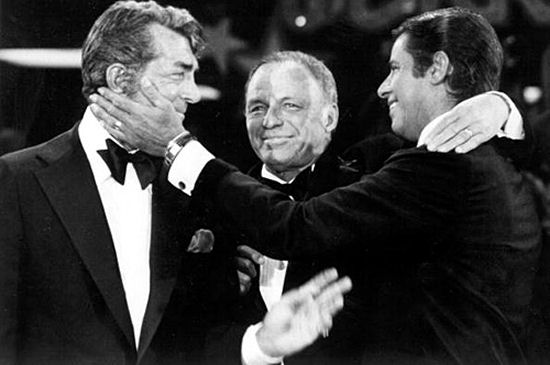